Media Programming for the International Marketplace

The global trading of television formats and programs

The market place of Television spans on a global scale. The 1990s and early 2000s saw an increase of the international trade of television formats (Chalaby 45). Programs are created in a primary country and exported to another country to take advantage of global sales opportunities. International Syndicators negotiate cash and barter time in exchange for the local distributors and networks to air a program (Eastman 236).

American and International partners are now teaming up to produce a program to lower costs while maximizing profits. For example, an American television network has to abide by employment laws and hire a certain number of talent and production crew members in the country where production is taken place (Eastman 237). Doing so strategically will help yield high return on investment since cost would be low and profits would be high. The foreign networks also benefit from shooting programs in their own countries by sharing rights and revenue with the primary country. Networks in different countries have to sign contracts for the licensing rights to air a similar program (Hoskins 500).

The international trading of programs made by network television and distributors is most common in first world countries. Reality programs such as game shows and makeover shows are the top most profitable while scripted dramas and Spanish telenovelas are developing (international-television.org). According to a 2009 report by the International Television Expert Group, the United Kingdom has the most number of successful exported television formats worldwide. The United States is second, followed by the Netherlands and Argentina. Programs such as Survivor (1992), Who Wants to be a Millionaire? (1998), Big Brother (1999), and Pop Idol(2001) are internationally recognized. These programs are sometimes referred to as “super formats” not only because there are so many local adaptations but also because these formats have proven profitable when offered as local programming (Chalaby 37).

The U.K. and U.S. dominate the international trade of television programming because of a concept called “cultural discount.” Because western countries have a very similar culture, it appeals to the localized audience (Hoskins 500). Some countries reach a specific segment of the market. The South American telenovelas reach the Spanish-speaking Hispanic market while Japanese anime reaches children and young adults. Between 2006 and 2008, over 400 formats led to 1,200 adaptations in 57 countries (Chalaby 37). The number of traded programs and formats continue to grow as companies remain to invest in the international marketplace.

The United States has many exported programs and formats. The British broadcasts Law & Order UK (2009), adapted after the American Law & Order (1990) franchise. The British released Geordie Shore (2011), two years after Jersey Shore (2009) was aired. Some programs from the U.S. are adapted in other countries but the title does not change. International versions of Jeopardy!(1964), Wheel of Fortune (1975) and The Apprentice (2004) can be found in Japan, U.K., Russia, Italy, Norway, Poland, Romania, Argentina, and many other countries.

While some American formats and programs were successful, others didn’t sell well in the localized market. In 2005, the middle-east released an Arabic version of The Simpsons (1989) called Al Shamsoon (2005). The series was dubbed, the characters were renamed to common Arabic names, and some elements were edited out such as no mention of alcohol and pork (Shaviv). While the cartoon series was successful in the American market, Al Shamsoon had low ratings and was cancelled a year later (The Simpsons Wiki).The cultural differences are a huge factor in the success of an exported program— if the local market did not identify with the characters and the situations then it will not succeed.

When American networks and distributors import a program or format from another country, four different choices are offered when distributing to the localized American audience:

Decisions to distribute a program or format depend on the type of program and the target audience. Most uncut foreign programs are in English and will have little to no editing. Most foreign programs in different languages other than English will either have subtitles or dubbing. Almost all children’s programming will have dubbing because most children cannot read yet (Eastman 236).

The most common approach is to adapt a foreign format. Most of the time, networks will create an American version for the target audience to identify with the characters and situations. The ABC Network adapted the popular Spanish telenovela, Yo Soy Betty, la fea (1999), into Ugly Betty(2006). While the Colombian/Venezuelan partnered version presented Betty in a political criticism sense, the American version presented Betty to promote self-esteem and fight stereotyping (Akass). Thematic difference are common when programs are adapted. Sometimes it attracts the audience; decisions are made based on the target market. Ugly Betty was so successful in the U.S. that it influenced the American Spanish language network Telefutura to broadcast the original Yo Soy Betty, la fea to the Hispanic-American market. The new Hispanic network MundoFox aims to air Yo Soy Betty, la fea with the intention of making the soap opera the Hispanic equivalent of ‘I love Lucy‘ (Baysinger). 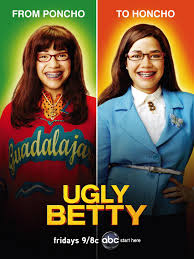 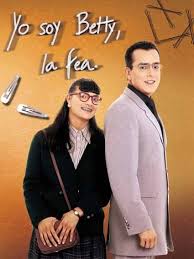 Ugly Betty was so successful in the U.S. that it influenced the American Spanish language network Telefutura to broadcast the original Yo Soy Betty, la fea to the Hispanic-American market.

However, not all imports are successful; just as some American programs did not succeed abroad, some global programs may not thrive in America. It depends on the audience identifying with the characters and concept. In Israel, the comedy program Ramzor (2008) was successful domestically but when FOX network broadcasted an American adaptation called Traffic Light(2011), the program got cancelled after one season. The premiere attracted a 1.9 rating but continued to fall 13 episodes later, the lowest rating 0.9 (TV Series Finale). American television networks continue to release adapted formats with reality television the most common followed by scripted drama.

Television face challenges with the Internet

Because of the internet, foreign networks are looking for cost effective ways to reach the market. Contract deals with online distributors such as Netflix and Hulu enable international distributors to air their uncut, original programs online for the global audience. American anime fans used to wait at least a year for a program to distribute in America; now they can visit Hulu to watch shows such as Naruto Shippuden (2007) an hour after it airs in Japan (Hulu). The online distribution of foreign programs helps decrease online piracy and maximized profits for foreign syndicators. However this takes away potential revenue from domestic distributors who, ten years ago, would’ve profited from imports. The question still remains on how distributors and networks will thrive while competing against international competitors.

Non-Japanese fans of Naruto Shippuden can now watch the series uncut and subtitled an hour after being broadcast in Japan on Hulu.com.

Television networks and distributors have revenue potential from reaching the globalized target market. Programs are created in a domestic country or sometimes created in partnership with a network from another country to help lower costs and maximize profits. News networks from around the world compete against each other to present news to the globalized audience using satellite television and the internet. Many traded shows are uncut, subtitled, dubbed, or adapted for the localized audience to view. Television networks no longer have to strike a deal with a foreign distributor to reach foreign audiences; the target audience can now go online to view their favorite foreign programs. The television marketplace is no longer small and localized…it is now massive and globalized. Competitors have to find new ways to compete in the globalized marketplace.